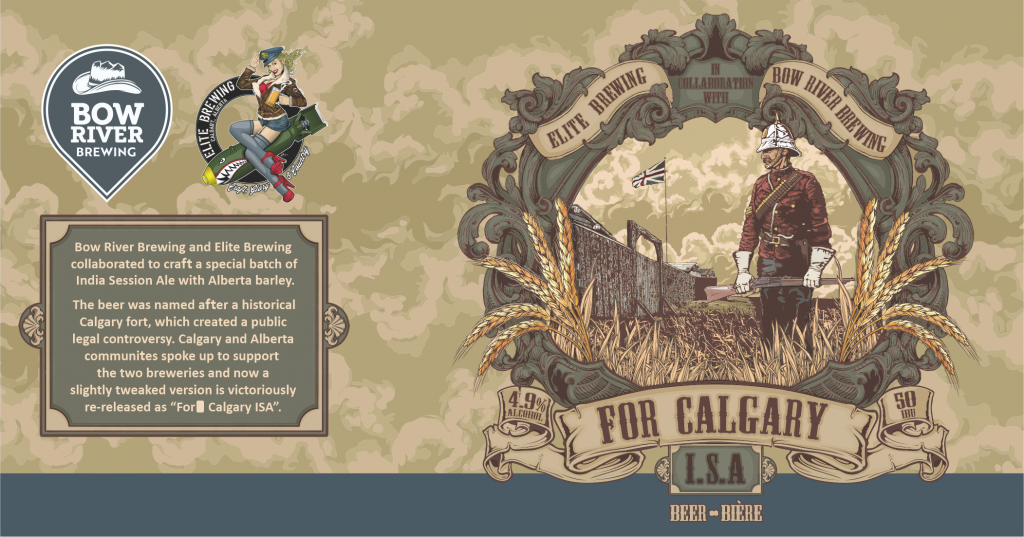 The city of Calgary was originally established at Fort Calgary, where the Bow River and Elbow River joined forces to bring their life-giving mountain waters to the Alberta prairie. For Calgary ISA is our hoppiest beer, a dry-hopped India Session Ale that delivers all the complex hops and aroma of an IPA, with a lighter body and the lower alcohol content of a session ale. We originally released this beer under the name of Fort Calgary, however the City of Calgary insisted that Calgarians would get confused between the ruins of on old fort and a can of beer, so we had to rename it For Calgary! Made in collaboration with Elite Brewing.